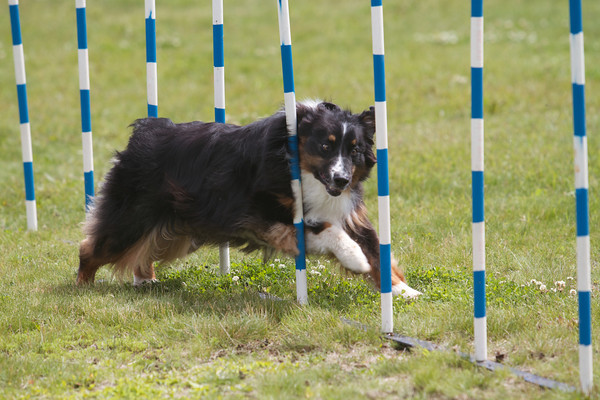 Back home after a great weekend in Quesnel and all I can say is “Thanks” to the Clear Sailing club. Their July trial is always a blast. What makes this trial unique is that it is all games. No standard runs, just jumpers, snooker, gamblers, steeplechase and for the diehards, challenge.

The trial is always well attended as it’s usually the weekend before the Pawsitive Steps Camps. This year was no exception. Robert’s Roost was full with many agility enthusiast, and their dogs.

As usual, pictures and some video were taken. The set is on my SmugMug site and is available here.

Roxi had a great weekend. She earned her second and third Advance Jumpers legs and is now in Masters Jumpers. Also, she earned her first Advance Snooker leg.

Followed up on Sunday with this:

Able also had a stellar weekend! He earned 2 Steeplechase legs, a Masters Snooker leg, A Masters Gamblers leg and a Masters Jumpers leg.

Also on the weekend, one of my training friends Marc and his Border Collie Jasper earned their ATChC (Agility Trial Champion of Canada) title. the ATChC is considered to be the top title in Canadian agility. Beyond this title there are others, however there is a special significance in earning the ATChC. Congrats to Marc and Jasper.

And as a bonus, another team from Prince George, Dirk and his Border Collie Rex, also earned their ATChC title!

So now I’m home for a couple of days and I hope to get to the front yard. Stay tuned to this blog for updates!