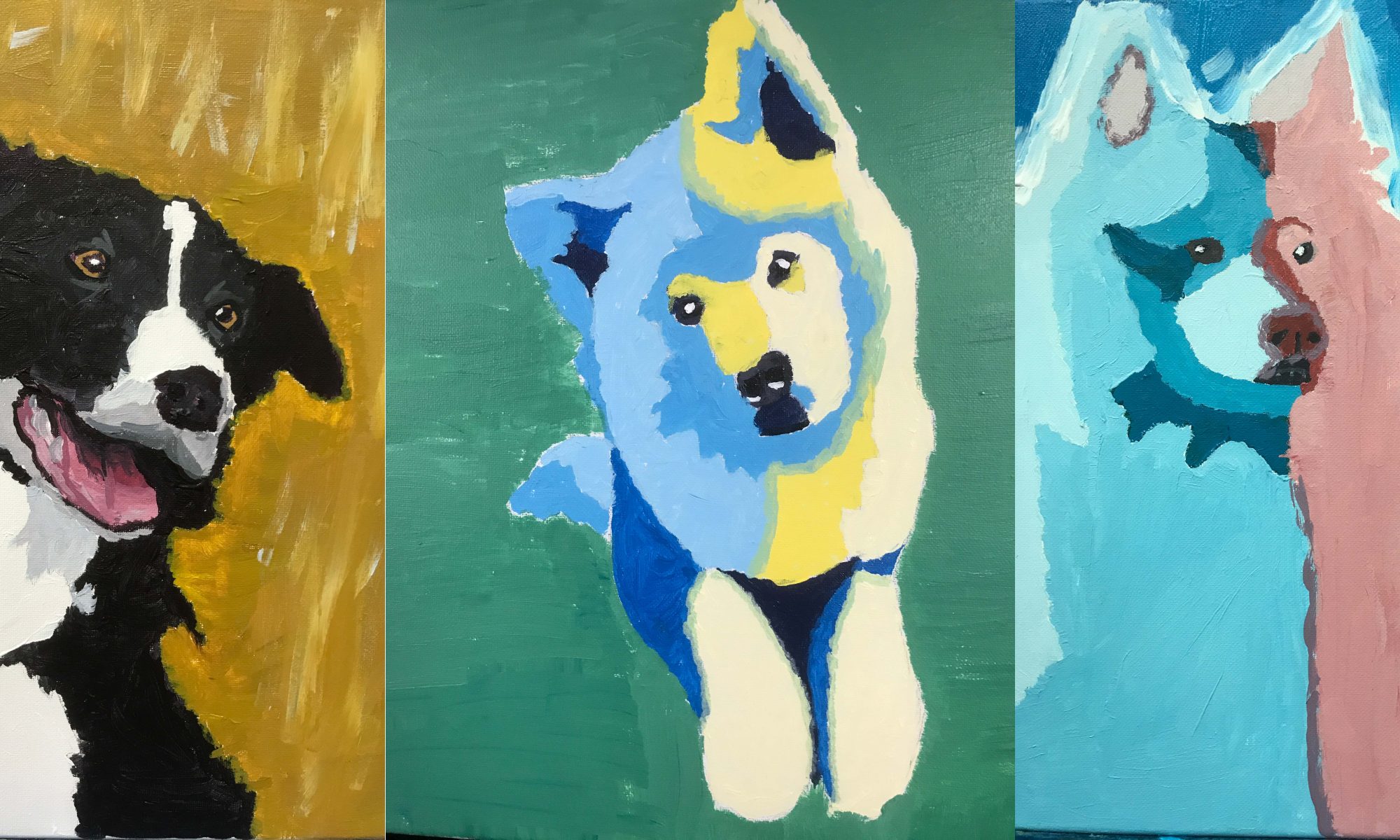 Way back in November, a friend suggested we go to a “Paint Your Pet Night” hosted by Cassie Young Dog Training (Facebook) and Erin Stagg. (Facebook) I’m not an artist!  I have a hard time painting a wall!  However, the event did interest  me and I signed up.

We sent a photo to Erin, and she prepared the canvas for us.  The image was traced out and numbers were in the various areas of the image.  The numbers indicated the shade of the colour for that section with 1 being lightest and 5 being the darkest of the colour.  For my image, I sent a picture of Able.  One of my favorite pictures of Able, I love the lighting and how bright his face is.

When the evening came, we created our masterpieces.  I did need some help with some of the details, but I did complete the painting.  I was quite happy with the result. A few months later, there was a second party.  This time it was Luka’s turn.  Wondering how to paint a white dog on a white background, Erin suggested I do the painting as an abstract.  I loved the idea and away I went.  By the end of the night I had an awesome painting.  At least in my opinion! For the third party, it was Roxi’s turn.  For this image, I used an old picture where she had her “serious” look.  Like Luka, the painting was an abstract.  I was also pleased with the final result. 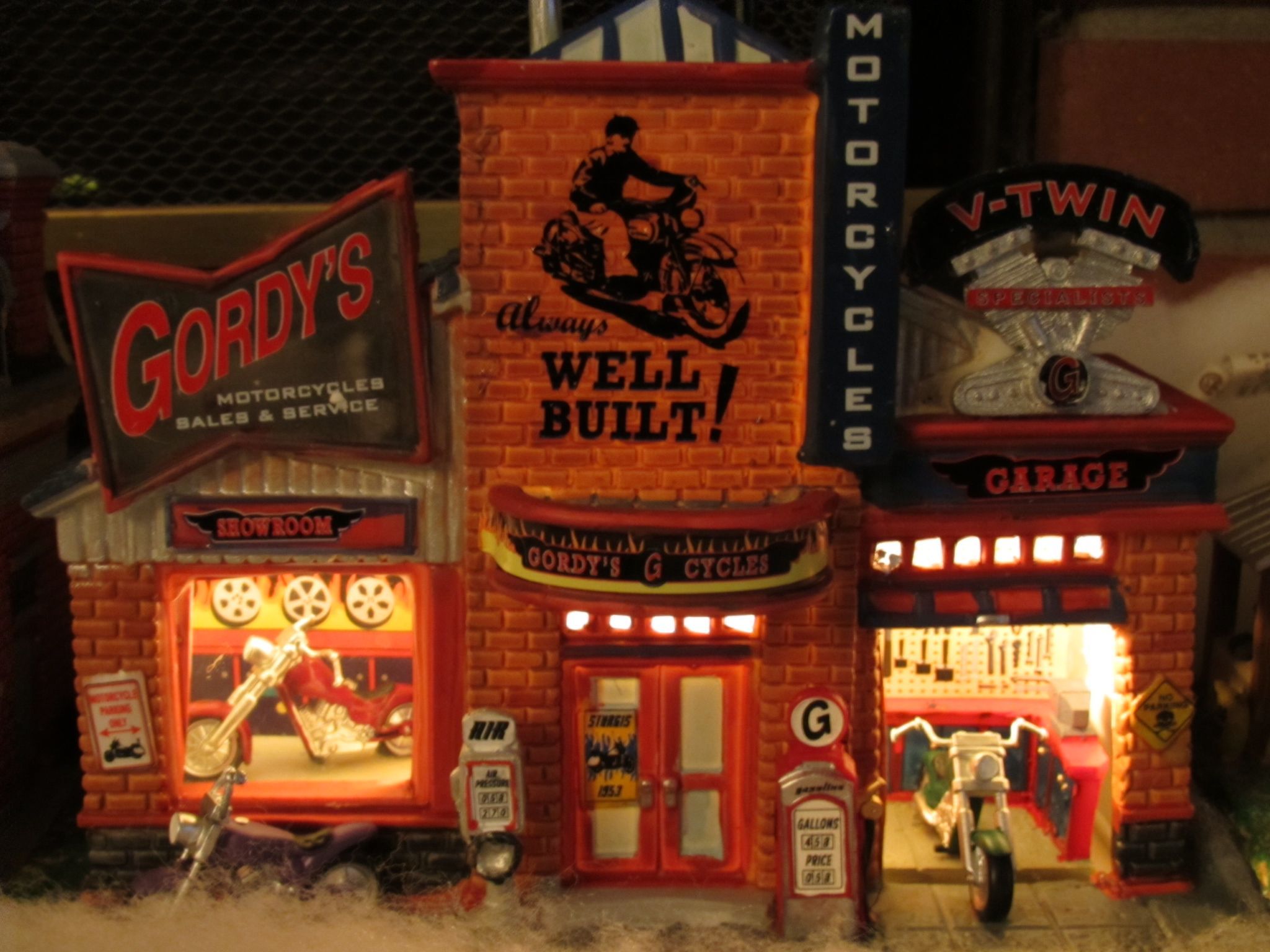 Well it’s been 6 months since I updated this blog!  Yikes!  My bad.

Summer was pretty busy with agility and work so the camera didn’t get a lot of use.  Now it’s winter and we approach a new year.  But before 2013, there’s Christmas 2012!

That’s what this post is about.  I’ve started decorating and getting the house ready for the holiday season and I’ll be taking pictures along the way.  As usual, pictures will be posted to my SmugMug site.  Make sure to stop by often and see how things are coming along!

Hopefully, this will get me back into the swing of photography and blogging.  I like this site, I just hope to use it more often! 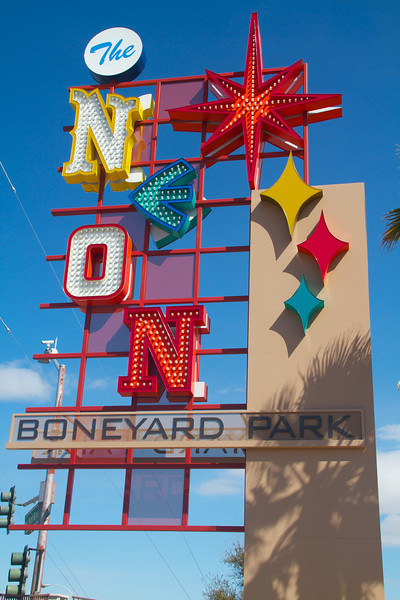 Hello again!  It’s been a while since I’ve updated this blog.  So, what have I been up to……

Other then putting up with winter, the big event was a return trip to Vegas!  After a great time there in October, I wanted to go back and see a few more places I didn’t have time to see the first time.  First was the UFC training center.  Now finding the center is a bit of a chore since its address is not public.  However, there is a Munzee there so once the cords were in my GPS, it took me right to the
place.

Other places included the Neon Museum Boneyard, the Clark County Museum, the Atomic Testing Museum and, the Pinball Hall of Fame.

Many pictures were taken at the boneyard and Clark County Museum.  I’ve uploaded these to my Smugmug site in a set called “Vegas 2012“.

One other place I visited was Discount Firearms and Ammo.  Originally, I wanted to visit another popular gun store to try some machine guns, however after reading some less than favorable reviews, I looked elsewhere and found Discount which had rave reviews.  Discount also had one other great feature.  It was only a 3 minute drive from my hotel!

My package of choice was the “SWAT” Package which gave me a chance to shoot a M4, a MP5 and a Beretta 92.  What a blast! (Literally!) I highly recommend a trip to Discount if you’re in Vegas and avoid the other popular “Gun Store”.

While shooting, the Range Master, shot some video.  Have a look:

So that’s the big update since my last post, however, as I type this, I’m getting ready for my next adventure.  Stay tuned to this blog for more information.

Well, I didn’t get as much done as I wanted, however I did manage to get the new end wall put together.  Well, almost together.  I need to do some trimming of the corner caps.  This involves cutting concrete.

Now the great thing is, the manufacturer of the bricks is a company called Allen Block and they have a great DIY section which includes instruction on how to do just that!  Now all I have to do is track down the necessary tools.  I’m sure Home Depot probably rents what I need.  It’ll be something to work on when I get home.

The bricks came from Home Depot and are called “Rocky Mountain Blend”  I love the look of the bricks and I can’t wait to get the corners done.

So as usual, stay tuned to this blog for more updates!

When I was removing some trees from my yard, I set up my Canon 7D to play with its video capabilities.  The 7D is a very good video camera and is very popular with film makers.  Do a quick Google search and you will find many high quality movies made with the7D.

This video is more of an exercise in how well it works for every day shooting.  That it did well.

Those that know me know that I’m a fan of the Hitchhiker’s Guide to the Galaxy.  I’ve read the series numerous times, I have the original TV series, I’ve seen the movie and have excerpts from the radio series.

Well, today, May 25 is “Towel Day”.  Douglas Adams celebrate the day by taking a towel with them where ever they go.  There’s a Wikipedia article here.  There’s also an official Towel Day site here.

So, just remember.  You always have to know where your towel is! This past Saturday (May 21) there was a parade here in Prince George.  The occasion was Vaisakhi which is listed on Wikipedia as “one of the most

significant holidays in the Sikh calendar, commemorating the establishment of the Khalsa at Anandpur Sahib in 1699, by the 10thSikh Guru, Guru Gobind Singh.

The great thing about this parade was that it passed right by my house!  Well, as a photographer, how could I not take some pictures!

These are some of the images in my SmugMug set titled “Vaisakhi Parade – May 21, 2011”  Please have a look!

After living in my home for 19 years, I decided to change the look of the from yard.  Over the years, I’ve removed some trees and filled in a garden, however the area in front of the house had basically been left alone.

Over time, some of the trees have grown too large and were causing problems.  It was time for a change.

Plans include removing all growth (4 cedars and 2 lilacs) and use crush to fill in the space.  I’ll then use planters for flowers.  I’m hoping this will make things easier to keep, and enhance the look of the old pad.

So, being a camera guy, you know I’m going to take pictures along the way.  And of course the pictures will be available on my SmugMug site in a gallery titled: Front Yard Reno Project – 2011. Check it out over the next few weeks (months?) to see how things are coming along.  I’m really excited about this project.  I may know how to set up a home network or the difference between f2.8 and f22, but I don’t know squat about landscaping!

Welcome to the official blog of me!  I’ll be using this site to make posts on photography, caching, agility and other hobbies.  This blog is also a good excuse to keep up on my WordPress skills.

So, let’s not waste anymore time, or bandwidth, and let’s get to posting!